Wellesley Youth Basketball partnered with DeShawn and the Prove Them Wrong team to run instructional clinics and skill sessions in lieu of a competitive league in 2020/2021. We were able to secure court space at Babson, and PTW ran clinics for kids from second grade through high school–more than 30 groups across three courts all day Saturday and Sunday. The PTW team also worked with our travel teams on a weekly basis. We all had to operate under strict school COVID protocols, and the PTW team always put the health and safety of the kids first. Logistics were challenging, with so many groups across so many time slots, and PTW was professional and flexible throughout the process. The PTW trainers always came prepared with plans that matched the age and skill level of the participants, and the feedback we received from players and parents was outstanding–the players focus on things that help them get better, but also learn a lot about hard work and character from the PTW team. We look forward to continuing our partnership.

My son has been working with DeShawn for the past three years and it was clear from the start of his training that DeShawn was going to challenge him not only to grow as an athlete but also as a person. My son is a better conditioned and more disciplined basketball player now and has gone from playing at the second tier level to being competitive with top tier players. He’s also become a more mature and confident student-athlete with better performance not only on the court but in school as well.

In addition to personal training DeShawn has also served as an Assistant Coach and Trainer for the Newton Metrowest program. He has run excellent skills sessions for our team which just won the Division 1 Massachusetts State Championship.

I would highly recommend Deshawn for individual, group and team training. DeShawn carefully organizes and customizes training programs for the individual player, communicates very well with feedback and is an excellent mentor and role model.

“My son, John, has been training with Coach Gibbons for 3 years now. When we first came to Prove Them Wrong, John’s shooting was weak and his ability to shoot wide variety of shots was low and his dribbling was slow. Now John’s shooting form is fundamentally solid, his dribbling is fast and skilled and he can take shots from anywhere on the court. More importantly Coach Gibbons has taught John to have great confidence and always work hard. Gibbons teaching style is a lot more than just basketball training. He invests time with my son, teaches about teamwork, discipline and following direction. Gibbons is a great motivator and exceptional teacher. Thank you for caring enough about how young people grow and learn to share your experiences with him. Thank you for being encouraging, supportive and always positive. John’s basketball skills have and continue to improve greatly and we attribute this to you.”

“DeShawn Gibbons has been far more than just a basketball trainer to our three children. We hired DeShawn to do just that about eight years ago but he became a close family friend and a mentor to all three of our kids. He never runs out of new and different ways to teach basketball skills and ways to improve their game. He is incredibly intuitive and caters to the different personalities with whom he is working. In addition to sharpening basketball skills and increasing endurance, DeShawn also spends a lot of time communicating with his trainees and their parents about healthy life choices like good nutrition, the importance of sleep, and subtle ways kids can boost their confidence on and off the court. He is encouraging and patient and extremely flexible with his time. Almost everyday, at least one of my kids asks “when am I working with DeShawn again?” They finish their hour with DeShawn feeling motivated and accomplished. Our experience with Deshawn over the many years has been nothing less than perfect and the fact that our kids beg to have sessions with him is a testimony to his effectiveness and positive influence.”

“DeShawn Gibbons has been an amazing mentor, coach and role model to our sons. He is professional, skilled, knowledgeable, responsible and considerate.
Working with DeShawn, our sons have not only improved substantially as basketball players but have also learned important life lessons regarding work ethic, personal care, confidence via preparation, and self-awareness.”

“My son has worked with Josh in both individual and group training over the past year. Josh pushes him and the other boys to improve through careful attention to skills work with an emphasis on what it takes to compete at a high level. My son has improved in the sessions with Josh which have helped him to compete more successfully in both AAU and town travel leagues. Josh is a strong coach who knows the game well and creates a fun and challenging training environment.”

“DaeShawn Beasley worked with our Wellesley Youth Basketball teams throughout the winter and Spring. DaeShawn took on multiple age groups and skill levels and worked with more than a dozen different parent coaches and developed skill-based clinics to fit the needs of the particular groups. I couldn’t have been more impressed with the outcome. DaeShawn is able to develop appropriate, skill-based sessions in a very short amount of time, and he adjusted his plans according to what he saw on the floor. I learned so much from watching him execute a progression in skills, then putting it all together in a real-game situation–he is a real teacher. DaeShawn was also able to develop a rapport with the coaches AND the kids. He’s professional and gives off a really warm vibe but holds the kids accountable. My kids loved their sessions with DaeShawn and I’m looking forward to working with him!” 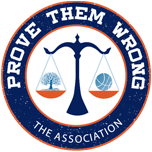