“Some people want it to happen, some wish it would happen, others make it happen.”
-Michael Jordan.

DeShawn grew up in Roxbury, a town right outside of Boston. He came into this world having to fight, as the chips were already stacked against him. Not having a traditional upbringing, being raised by his grandmother and growing up in poverty caused him to learn and experience the world differently from other kids his age. To society, DeShawn was already set up to fail, but throughout his adolescent years he spent countless hours working as hard as he could to try and create a better life for himself in the future. Reaching the point he is at today, a successful basketball trainer, was achieved by overcoming inumerable struggles, prejudice and hardships. He explains that he is grateful for the bumps along the road and complete roadblocks he has overcome, because it’s those challenging moments he’s experienced that have prepared him for his position in his life now. While growing up in poverty, DeShawn didn’t have much of a father figure, causing him to rely on his mentors. To DeShawn, these mentors were responsible for guiding him around life’s obstacles, and also guided him through situations that no kid his age should have to experience. The culmination of these experiences is what prompted DeShawn to name his business “Prove them Wrong”, for he has spent a lifetime proving everyone wrong about his ability to rise up and succeed. For me, DeShawn is an important mentor in my life who has taught me many lessons that I can not only use to help me on the basketball court but also in all of life’s pursuits. Of all the lessons he has taught me, three particular attributes that he believes are crucial to a successful life have stuck out to me the most. These attributes are attitude, determination and leadership.

In the grand scheme of life, many things are out of your control. Attitude is one of the few things you can really control. The kind of attitude you have going into something will strongly determine the outcome. DeShawn has always told me that if you go into something with a negative attitude, you will most likely have a worse outcome. To the contrary, if you go into something with a positive attitude the outcome will be much better. DeShawn has proved to me countless times that the key to success is a positive attitude. Every time I walk onto the court, whether it be a clinic in a small group or a general basketball lesson, DeShawn always has the biggest smile on his face. When going through drills he is constantly pushing me and helping me through it by saying things like “you got this Ella” or my favorite “you gotta work”. Without DeShawn’s positivity I wouldn’t be the person or player that he has helped me become today. Sometimes in tough situations, people shut down and start to think of all the bad things that could happen. The way someone can get back up after something bad happens determines the kind of person they are. Being able to overcome the hardships that life brings can only make you stronger. Whenever there is a problem in your life there is most likely something worse happening to someone, or the same thing happening to someone else. It takes a special person to be able to grow up how DeShawn did and be where he is today. “In life if you are doing something you cannot be positive about, then why are you doing it” is another thing he has said to me. This really got me thinking about how if you cannot go through life with joy and laughter then what’s the point of it? With all of the division and stress in our world today more positivity could really make a difference.

In life many things can be taught, such as tying your shoes. You can teach a kid how to be an acceptable member of society. To the contrary, while it can be cultivated, you cannot truly teach hard work and determination, it’s something that needs to come deep within you. Determination and a strong work ethic is what helps people succeed in life. With thirty seconds left down two points in a basketball game, skill is not the only thing that will help you get those two points needed to go into overtime. Skill can help in that your chance of scoring that three pointer may be higher, however you could be the most skilled basketball player but constantly be held back from reaching the greatest heights because the mindset portion isn’t quite there. Determination is what gets you through the challenging times in life. Having the mindset to believe that you can score in the crucial times of the game, stay focused and not give up, can be way more important than the number of hours you have put into the gym. After training with DeShawn for a couple years now I have noticed more and more the importance of determination. In school, math has always been a struggle for me, however being determined to succeed and never giving up has helped me learn even when it is so tough. My determination to overcome my challenges has proven to work as my math grades have been consistently strong. As another example, I have been working for a couple years now in the gym to perfect my shooting form for my basketball games. I always showed up to the gym prepared for whatever DeShawn could throw at me. With all of the work and dedication I have put in for the last couple of years I have significantly improved my shot, where in the past I was focused on short shots around the basket, to now being able to score from anywhere on the court. DeShawn has always said “you gotta work” these words have helped me in many situations on and off of the court.

Leadership has always come very naturally to me. Sometimes when people think of a leader they think of the person in charge, but there is so much that makes up a good leader. There is a big difference between someone in charge and a leader. Someone in charge might dictate or persuade people to do something even if they do not want to do it. Whereas a leader inspires people to do things that they never thought they could do. When I think of what makes a good leader, many qualities come to mind, including accountability, humility, risk-taking, attitude and empathy towards others. Accountability is that a good leader is able to own up to their own actions even when something they did does not go to plan. Through basketball DeShawn has helped me see that mistakes are really how a person is able to grow and change. Humility and the ability to be humble is another very important quality that makes a good leader. Someone who doesn’t show off or brag about what they have or what they can do, even when they may be more fortunate or more talented helps show a person’s true character. Being humble takes a great amount of confidence in yourself which a lot more people need. Humility is also the cornerstone of collaboration which is a key to effective leadership. Risk taking is a crucial aspect of what makes a good leader. Like mistakes, risks are what help people grow and change for the better. Always playing it safe and trying to avoid “bad” things will never allow people to grow and change. A good leader is able to have a positive attitude and is able to get back up when things don’t go right. Empathy and the ability to care for others is also what makes a good leader. Going through life being selfish, not understanding other people’s motivations, and not putting others’ needs before yourself often will result in failure. DeShawn has always taught me the importance of leadership which has not only helped me in games but also in my own life. Being able to show leadership in a game even when it may be uncomfortable is what is going to really benefit your team.

“Some people want it to happen, some wish it would happen, others make it happen.”
-Michael Jordan.

I chose to put this quote in my writing about DeShawn both in opening and closing because I think it directly illustrates what DeShawn is all about. In life you can wish all you want but it’s the attitude you bring to an activity, your determination to reach your goals, and the empathetic leadership required to collaborate successfully that allows that wish to come true. DeShawn has taught me so many valuable lessons that I will forever use for the rest of my life. The way DeShawn perceives life is so inspiring to me and he continues to set an amazing example for hundreds of kids. To many people, DeShawn is just thought of as a basketball trainer but to me he is so much more than that. He has given me the gift of possibility and has really made me believe that I can do anything I put my mind to. I am grateful for every lesson Deshawn has taught me. He started out as a trainer and has now become one of the most important mentors in my life. So yes, the person who has made an enormous impact on me is DeShawn Gibbons and I wouldn’t want it any other way. In the future if I am in a situation where the odds are stacked against me I will channel DeShawn Gibbons and prove them wrong! 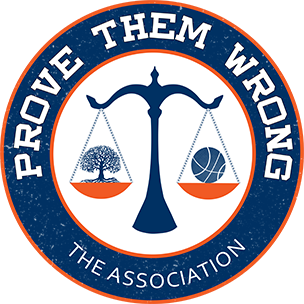